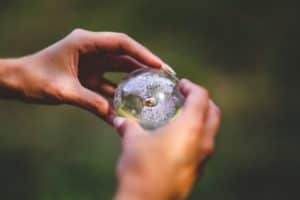 It’s not every day you meet a quantitative futurist, right?
So when I saw that Amy Webb, quantitative futurist, professor at New York University Stern School of Business, founder of the Future Today Institute, and recipient of Thinkers50 RADAR Award (an award naming the 50 top business thinkers in the world) was speaking at a conference at the Charles A. Wright African-American Museum a couple weeks ago, I was so intrigued that I had to go hear what she had to say.
Over 200 people from all areas of the Detroit business, education, and non-profit communities came to hear what Amy had to say.  And she didn’t disappoint.

Her insight into the future, was both scary and exhilarating.  She made three major points:

As an added bonus, she has opened source all of her research and writings.
Aside from these takeaways, there were a number of items I found intriguing.

As I reflected on the conference and the questions that were asked, I really felt that the concept of a futurist, at least as it applies to an individual, is what kind of legacy are we really going to leave our children and our community.  Futurists are looking so far into the future that its impact will not be felt by them or the current (or even next) generation.  Rather, they’re worried about structuring an environment, a community, and technology that has a positive impact on everyone.
How will you impact the future?  And how will you engage with others in the community to make it positive?